Yesterday, he came to me as the five-year-old little boy in a sixty-year-old man’s body, insecure, and lonely. He didn’t know how to speak the words of what his soul wanted. He only knew how to be the child who threw a temper tantrum, and used cruel words when he didn’t get the one thing his heart desires. Me.

See, over time I had come to see the little boy in him. When he was angry, frustrated, or tired. When he didn’t know how to get his life in order to love again.

Lashing out at those who loved him deeply was a learned pattern.

I saw the vulnerability in his eyes. The lost, lonely child. His tears were of the past, of the scars learned. And he kept them like a prize he had won. They had kept him safe. So he thought.

The little boy whose father had cheated on his mother, a two year marriage of failed love that ended with catching his wife in bed with another.

Five years ago, I was vulnerable. After a failing relationship, I fell for his seductive mannerisms, seducing words. I shouldn’t have. I weak, worn, and longing. After two marriages that ended badly, how could I fall again?

How come I didn’t see the same blindness, the same patterns?

See, five months ago, I left him. There are some scars that will always remain. But in the five years patterns repeated themselves, the lies, the secrets, the disrespect. When I looked in the mirror I saw myself again for the first time, I knew what I had to do.

I hurt him, to save myself. This weight of knowing that nothing would never change started revealing itself in my physical appearance, in the sadness in my eyes and the heartache of my soul.

I needed to let go of him. The little boy in him would never catch up to the man of his age. It was only I that had to grasp the reality of self-love. I had to get the real me back.

Learning is in the lesson. I am choosing a new lesson, in loving myself first, calmly, thoughtfully. Yes, he is still in my life, but at a distance that I can control.

And he may not like it, but it has to be this way. It’s healthier this way.

The Little Boy in Him | Story | Linda J Wolff

iThere are no comments

This site uses Akismet to reduce spam. Learn how your comment data is processed.

Author of Infuse It – Poetry Book 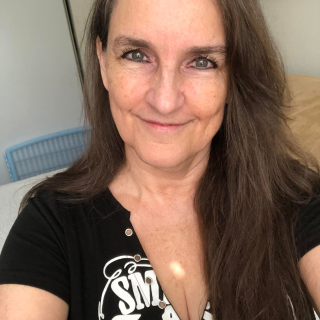 Hi, I'm Linda J Wolff! Published author of poetry book "Self-Healing Poetry & Quotes for Ordinary People” from Washington State. My poems are featured or forthcoming in Daily Haiga, Down in the Dirt Magazine, Z Publishing House, and Random Poem Tree, Realistic Poetry International, Frogpond, SpillWords. I'm here to walk you through a journey of how you can stop trading self-doubt & self-destruction for hope and love.

Begin typing your search above and press return to search. Press Esc to cancel.